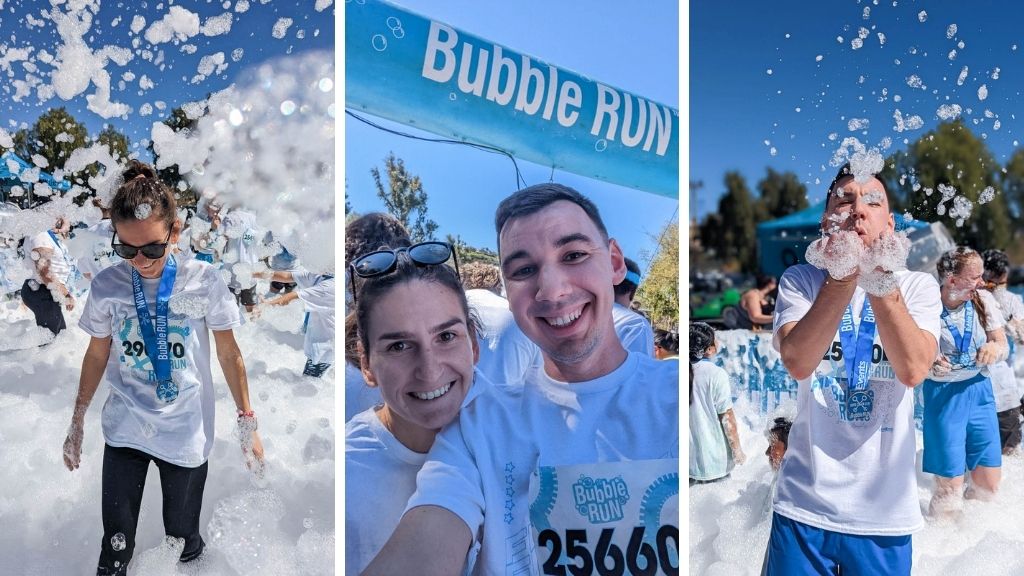 For those of you who have been following the 52 in 52 series for a while, Episode 12 might come as a surprise. Today we are not embarking on any new hiking adventures, instead, it details my First 5K Run! Though I will not be sharing the best first-hand insights on a local jaunt, this article is more of a personal achievement to include why did I sign up for a 5K Run, the plan that I followed as a beginner and the actual experience of my first 5K (3.1miles). Keep reading if you are wondering if you should take the step and start running yourself! Also, yes – I checked the rules, this absolutely counts as my 12th for the 52 in 52 weeks!

I want to mention that I have never been good at long-distance running. Back in the times when I was much younger, I was much more of a sprinter and I never really had any actual desire to run a 5K. My husband Alex, however, loves running. Not only has he run a half marathon, but he is also currently training for his first full marathon.

While we both love sports activities such as playing tennis, working out, and hiking, he has had an additional passion for running for years. A few months before last Christmas, he shared one of his wishes for 2022 – to run a full marathon. Later on, as I was getting Christmas gifts ready, I decided to get him a small present to encourage this endeavour!

Though I know nothing about gear or preparation, I stumbled upon the San Diego Bubble Run almost as a miracle. The registration was already running and the run was going to take place on 12 March, 2022. I have to admit that it was the bubbles that got me and I knew I had to register him and myself as well. It sounded so much fun and I knew Alex would really like it if we can share this experience together.

Note: Alex might have been a bit surprised by this random Christmas gift, but I think he was extremely excited. Almost every week from January to March he would ask me if the Bubble Run was the upcoming weekend!

My Running Program As a Beginner

Let’s be fair here, ‘running program’ is probably an exaggeration because I did not fully know what I was doing. One thing that I am grateful for, though, is Alex and his encouragement and motivation throughout my preparation stage – even when I kept thinking that I am not going to be able to make it. He gave me a lot of good advice – some of which I was trying really hard to implement.

Most running programs suggest that 4 weeks are enough to prepare for a 5K, even as a beginner. I actually started training 2 months beforehand, and I strongly suggest you do the same if you are just starting out! Having the additional time means you can fully listen to your body, because, believe me, there will be days when you are not going to want to run. Moreover, you will have the extra days to build up to that 5K!

If you are a beginner just like me and you plan a 2-month preparation, I suggest starting with 2 running sessions a week for the first 2-3 weeks before adding an additional one for the rest of your program. We also hike every weekend, but I also work out approximately 3 times per week. Never during my preparation stage was I able to run more than 3 times per week, however, we all have different bodies and goals. The most important thing is to come up with a program that works for you and your body and will still take you to your final goal.

My Thoughts When I First Started Running

I am going to be very honest here and admit the reality after my first run. I was out of breath in just 6-7 minutes and I could not even complete one mile. I came home feeling defeated and almost ready to give up. I kept thinking that I have never been good at long-distance running and I am too old now to change that. The more I was thinking about it, the worse I was feeling. I had thoughts of de-registering and fully dropping out – and this was only after my first attempt at running!

Honestly, the most important thing to remember is that everything takes time. You need to be patient with yourself. As long as you are consistent, you put all the negativity aside and do not give up – there is no reason why you are not able to make it! Never Give Up!

I had already done 4 running sessions at the beginning of February, with 2 of them above a mile. This might not seem a lot, but it was already an improvement for me. I knew that I had to stay consistent and start running 3 times per week now. Each time I was managing to run a little further than the last time. Halfway through the month, though, things changed and I realized there will be ups and downs. There were days when my body was not cooperating and I had to listen to it. Make sure you do the same!

I was expecting a continuously growing graph – wrong! One day I would do 4 km/2.5 miles, but two days later I would only be able to do 2.4km/1.5 miles. And that is perfectly normal! Do not forget to listen to your body! It was only at the beginning of March when I managed to hit my first 3.1 miles, also known as 5 kilometres! I was happy and excited because the Bubble Run was coming up in less than 2 weeks. I had very high expectations for the last week of my running program. The actual run was on a Saturday and I had planned to run 5 km/3.1miles on both Tuesday and Thursday. Once again wrong!! On Tuesday I did 4 km/2.4miles and only 2.5 km/1.5 miles on Thursday. I felt like I have failed. Little did I know that my body was secretly and strategically preparing itself as you are actually supposed to dial it down in the week before the actual race to allow your body to relax from the stresses.

Before I knew it, the day was upon me – San Diego Bubble Run!

I think that it is important to mention what my goal was – I wanted to run the full 5K without any walking. Throughout my entire program, I challenged myself and would never combine walking and running, even though this is normal and there is nothing wrong with it!

Soon after we arrived I realized that the goal of the San Diego Bubble Run (and, as a matter of fact – any 5K) was to have fun. There was a diverse grouping of people of different ages – some old enough to be grandparents and those young enough to be their grandchildren! People with strollers and small children and those who just wanted to enjoy the bubbles throughout the course.

All of this gave me peace of mind and I stopped worrying about the race. After a quick stretch, we found ourselves at the start. My husband, Alex, runs much faster than me, but he was determined that we are doing this together for the fun experience and he would run with me throughout the entire course.

We started at a slightly faster pace than what I am usually comfortable with. I was doing good and we were enjoying the sun and the bubbles throughout the race. Just after we hit 1 mile/1.6km, however, I started feeling a bit of abdominal pain (which I have had during some of my training days as well, and is actually fairly common). At this time, the trail was also going uphill and I could not keep running – so I started walking! And so were a lot of other people and that is okay! After a short interval of walking, and trying to balance my breathing, I went back to running and after another good distance and two more bubble stations, I managed to finish the race!

Funny fact, as soon as we finished the line, I looked at my watch and it was only saying 1.8 miles/2.8K. I wanted to feel happy and proud, but I was promised a 5K and I was training for a 5k! All it took was a look at each other and we both understood what was desired, and It did not take us long before we found ourselves at the start again! The second time – we each went at our own pace and I was able to find what worked best for me and I ran without stopping or having to walk. It was when I was crossing the finish line for the second time that I actually felt like I have achieved my goal. I am fully aware that there was a gap of a few minutes between our two running sessions – but I was just so happy that I have completed my first 5K!

We went to enjoy the bubble pit and pretend that we are little children for a bit longer before heading back home! This may not seem like a big achievement for many, but it was for me! I had never been a long-distance runner, but I pushed my body through the preparation stage and I managed to complete my goal. I do not know if a 10K run would ever be a goal of mine; I have found that I feel most comfortable between 1.5 miles – 2 miles (2.3 – 2.8 km). Though I do have a boost of energy and feel so good after a short morning run. That is why running is now something that I am planning on adding to my weekly workout routine. At the end of the day, it is not always about goal setting and achievements but finding something that you enjoy and works well for you!

Tips for Training for a 5K Run

Lastly, before we put an end to this “slightly different” episode of the 52 in 52 Series, I want to share a few tips that I have for you if you are also planning on signing up for a 5K Run:

I also want to mention two things that I experienced while training for a 5K and want to share them with you:

I hope you enjoyed this little experiment of an article and personal goal! I am curious – have you done a 5K Run? What about a 10K? Do you enjoy running or do you prefer moving at a more leisurely pace? Let me know in the comments section below! If you enjoy our hiking guides more, make sure to come back next week when we are back with another hidden gem in San Diego County! 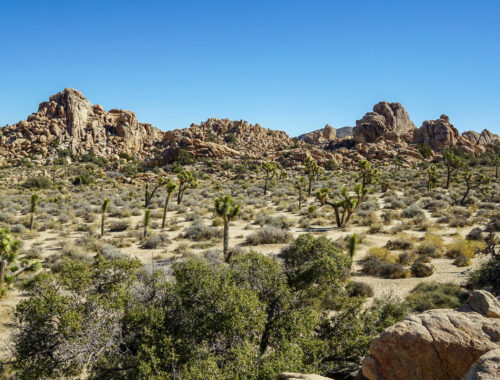 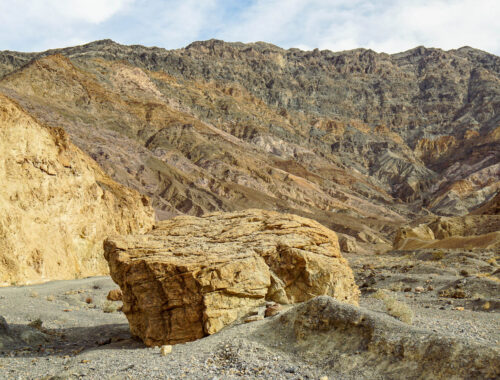