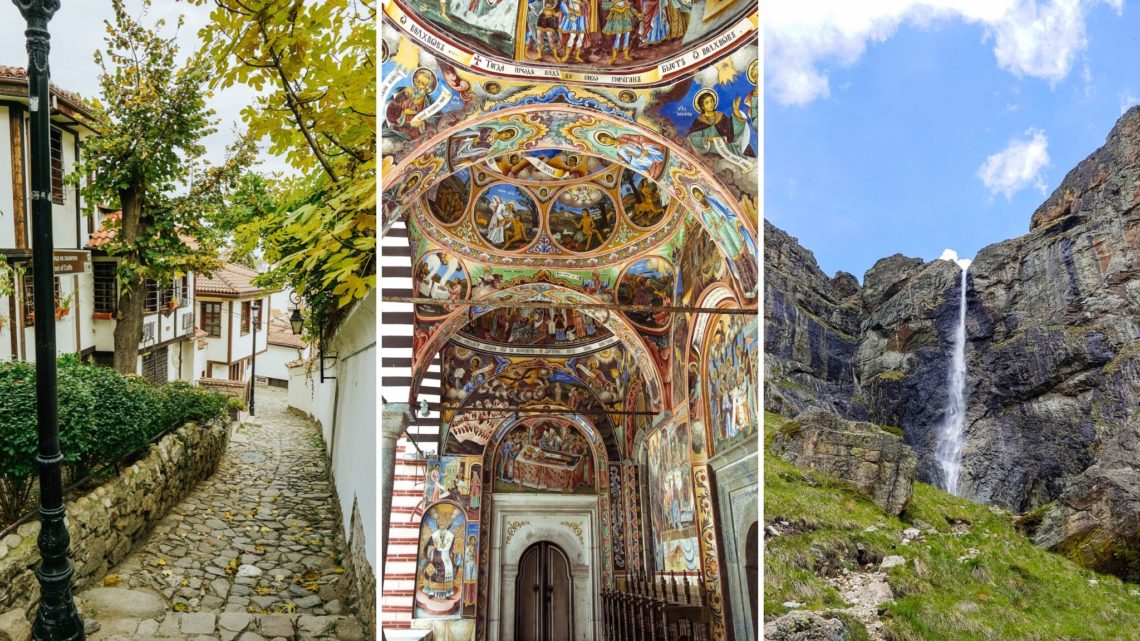 Stunning mountain ranges, golden-dome churches, romantic old towns, tiny villages tucked into the mountains and ancient history blend together to make Bulgaria a country like no other. From the untouched nature beauty to the vivid colourful city life, Bulgaria certainly needs your attention. Immerse yourself into a thrilling unforgettable journey along the country with these 30 Stunning Photos of Bulgaria.

Bulgaria is just a small country located in Southeast Europe. Sitting on the edge of Europe, the country often gets neglected by travellers. Instead of crossing it off your travel list, scroll down and check out why you should consider Bulgaria as your next travel destination.

For me, Bulgaria is not just another European country, it is my home. I was born and raised in a small town in Bulgaria. I have travelled to different countries all around the Earth and yet I continue to be impressed by Bulgaria’s beauty.

Check out these 40 stunning photos of Bulgaria to inspire your wanderlust! You will certainly want to visit Bulgaria after this!

Mountains as far as the eye can see

One third of Bulgaria is covered by mountains. Approximately 40 diverse mountain ranges are spread across the country. The southern and western regions are home to alpine resorts, steep summits and picturesque small villages nestled in the mountains.

As the longest range in Bulgaria, the Balkan Mountains run more than 550 km from the country’s border with Serbia to Cape Emine on the Black Sea. This mountain range is also the source of the name for the entire Balkan Peninsula.

Bulgaria is also home to the highest peak on the Balkan Peninsula. Located in the Rila Mountains, Mount Musala reaches an altitude of 2,925 meters / 9,596 ft. Around 200 glacier lakes are also situated within the Rila Mountains, including one of the most popular Bulgarian landmarks – the Seven Rila Lakes.

Adventurous hiking paths meander through the Pirin Mountain Range. Located at 2,914 metres / 9,560 ft, Vihren Peak is the highest peak in Pirin Mountains and the second highest in Bulgaria. Pirin is an excellent choice if you would like to enjoy some hiking – click here for my top 6 hikes in Pirin National Park.

While Rila and Pirin Mountains offer various options for hiking with high peaks and alpine ridges, the Rhodope Mountain Range is more notable for the large number of caves and deep river gorges. Divided into two parts – the higher western and lower eastern areas, the Rhodope Mountains present a system of river valleys and crests. Traditional Bulgarian villages, ancient churches and ruins of medieval settlements can also be found in the territory of Rhodope Mountains.

One of the most popular tourist destinations and a major symbol of Bulgaria is Rila Monastery. Founded during the 10th Century, Rila Monastery is the largest monastery in Bulgaria. The holy place has served as an educational and spiritual center throughout the centuries and was declared an UNESCO World Heritage Site in 1983.

Another distinct mark of Bulgaria is the Alexander Nevsky Cathedral. Located at the heart of the Bulgarian capital – Sofia, it is believed to be one of the largest Eastern Orthodox churches in the world. With its Neo-Byzantine style, golden domes, wood carving and beautiful frescos and mosaics, the basilica is a masterpiece in itself.

I love the winter seasons for the various skiing options that Bulgaria has to offer. Click here to read more about my favourite ski resort Borovets. Spring and autumn are all about the short weekend trips in nature and away from the hectic city life. Summer in Bulgaria is perfect for relaxing and sunbathing at the beach or going on hiking adventures in the mountains.

No matter when you are visiting Bulgaria, you will be impressed by its colours and beauty in all four seasons.

In Bulgaria, you will find more than 70 eco-paths offering fresh air, unspoiled nature and breathtaking views.

If you are not a big fan of hiking and prefer a more relaxed and peaceful walk in nature, the various eco-trails in Bulgaria might be perfect for you. Small wooden bridges and paths meander through the Bulgarian National Parks offering a perfect way to enjoy the natural beauty.

Hundreds of years ago, Bulgarian streets were laid in cobblestone. But even nowadays you can stroll down the narrow cobblestone streets of many cities in Bulgaria.

A lot of cities and seaside towns such as Plovdiv and Sozopol, respectively, have an “old town” that was established long before modern wide, straight roads and asphalt. The best way to immerse yourself into Bulgarian tradition is to get lost in between the charming narrow and authentic cobblestone streets of the old towns. And of course bring a camera to take some stunning photos of Bulgaria.

CLICK HERE FOR 30 STUNNING PHOTOS OF THE DOORS OF MALTA

A large portion of the country’s territory has been declared protected areas. Nowadays, Bulgaria is home to 3 national parks, 11 nature parks and 55 nature reserves.

Bulgaria is also the second most biologically-diverse country in Europe thanks to its rare animal and plant species.

Dating back to the 18th Century, the Bulgarian National Revival Period is one of the most important stages of the country’s history. Not only was it a period of socio-economic development, but it was also time encouraging literacy, culture and national identity.

The time is also characterized by architectural development. Beautiful traditional houses with rich decorations, bright colours and wall paintings can still be found while strolling down narrow alleys of smaller Bulgarian towns and villages.

Small Villages Tucked into the Mountains

There is nothing more authentic than taking a stroll down the small streets of villages tucked away into the mountains.

Often times these secluded villages are so remote and faraway that they are quite difficult to get to. The mountainous winding roads offer stunning scenery of green fields, steep hills and old Bulgarian houses.

Keep in mind that these small villages are mainly inhabited by elderly Bulgarians, who do not speak English. Make sure that you have a map or navigation as road signs can be a bit confusing.

If you decide to be adventurous and take this journey you will not be disappointed!

Have you been to Bulgaria? Which Bulgarian cities did you visit? Did you manage to go hiking in any of the Bulgarian Mountains? What do you think of these photos of Bulgaria – did you like them? Share in the comments section below! 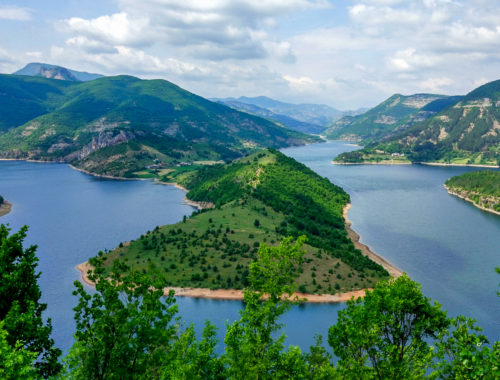 The Meanders of Arda River in Bulgaria 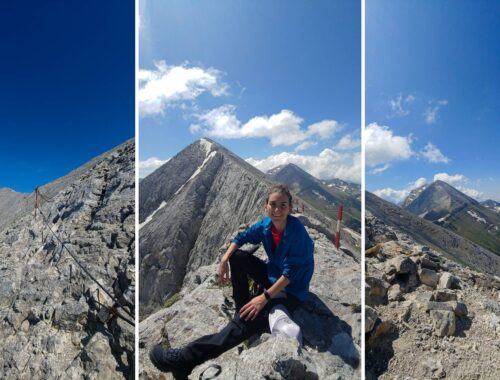