The brightly-coloured doors of Malta, the rustic door knockers, and the eye-catching closed wooden balconies bring charm and unique atmosphere in between the narrow hilly streets of the Maltese cities.

It is impossible to stroll down the streets of Malta without being completely overwhelmed by its colourful doors.

The doors and balconies of Malta bring a vivid accent into the limestone coloured houses. Every street and every corner offer an option for another photo to be taken. After three days in Malta I came back with more than a hundred photos of the beautiful doors of Malta.

Malta is one of my favourite places I have ever been to. I found the country to be so inspiring and thrilling that I cannot wait to go back again.

Find 30 stunning photos of the doors of Malta that will inspire you to plan a trip to Malta! 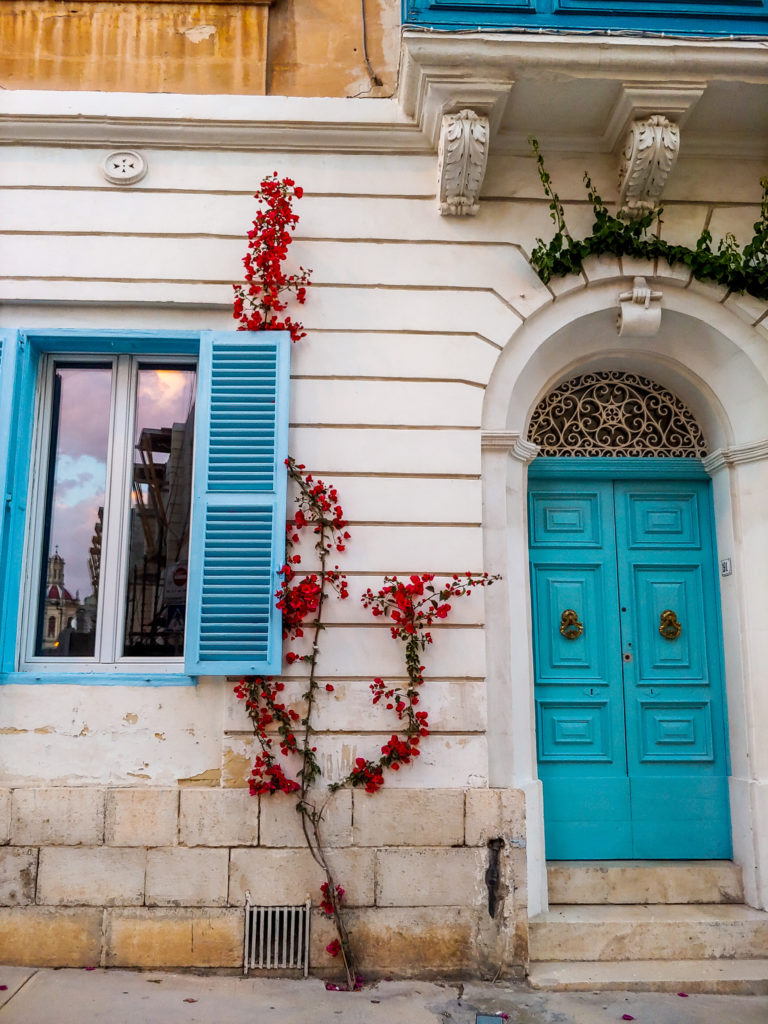 Malta is a hidden gem in the heart of the Mediterranean Sea. Three small islands – Malta, Gozo and Comino form the Maltese Archipelago. Surrounded by crystal-clear waters, the island country is home to some of the most beautiful beaches in the world.

With 6,000 years of history and various nations dominating over the islands, Malta is a fascinating fusion of Middle Eastern and European charm. Vibrant colours, narrow streets, delicious food, breathtaking scenery and unusual architecture are just a few of the unique elements of Malta. Click here for my 3-Day Travel Guide to Malta. 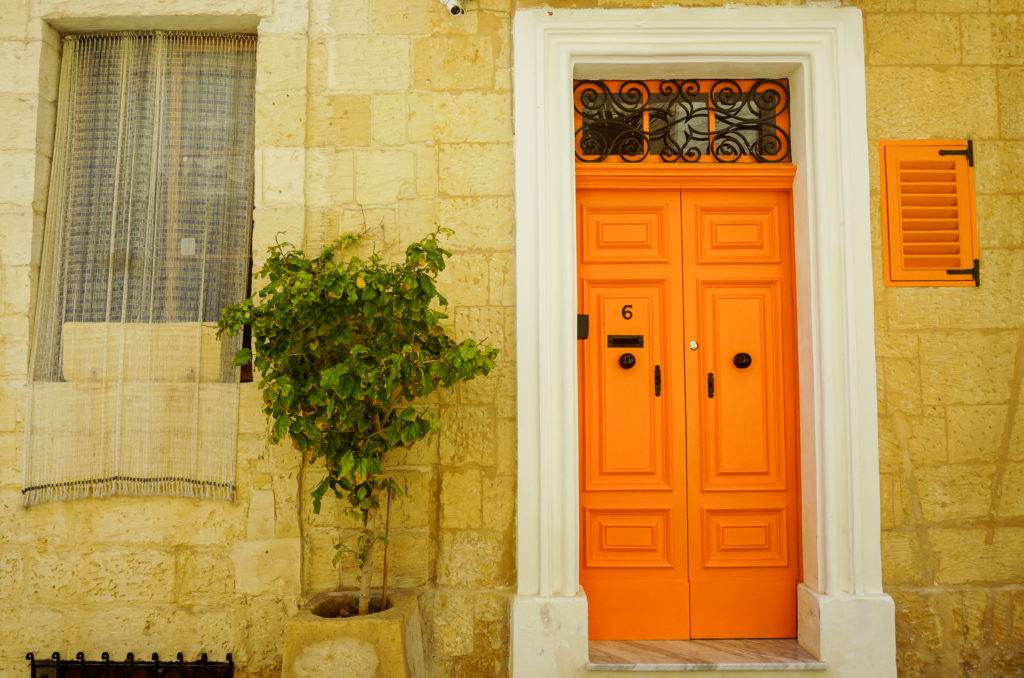 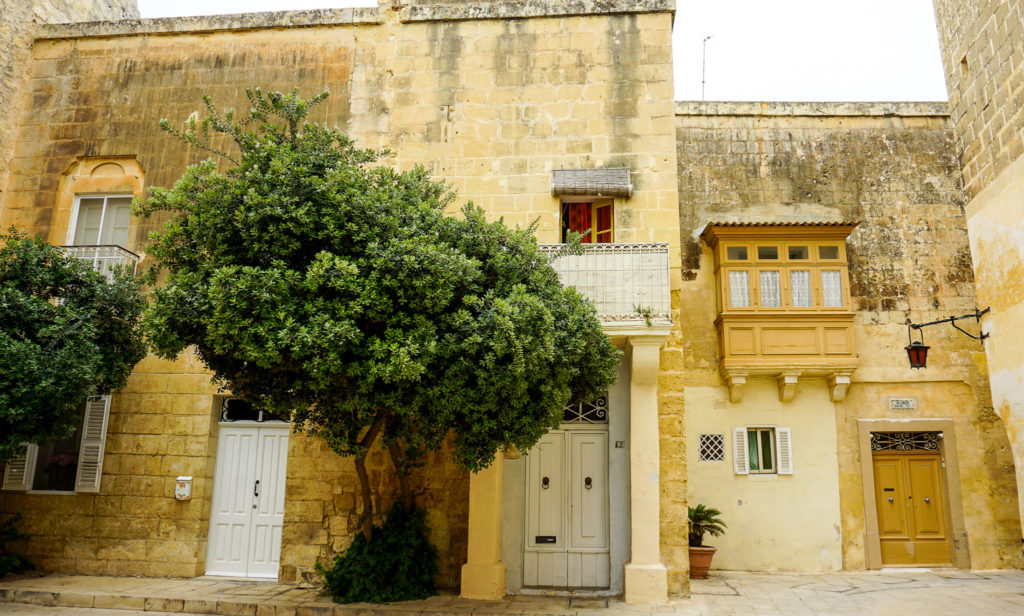 The doors of Malta are beautiful and ingrained into the Maltese culture. The locals believe that your front door is an extension to your personality. The Maltese people paint their doors in bright colours creating a warm and inviting appeal to their houses. Wine red, forest green, ocean blue, bright yellow and many other shades of colour adorn the streets of Malta. You will not be able to find to identical doors. Stroll down the narrow Maltese streets filled with unique atmosphere and matching in colour balconies and doors.

The history behind the Maltese balconies is quite unclear. The idea for the very first balconies in Malta is believed to originate from North Africa. The original balconies were much different than the ones that are part of the Maltese urban architecture nowadays. Later on, during the 17th Century, the first closed wooden balconies appeared in Valletta as part of the baroque influence on the Maltese archipelago. Regardless of the mysterious history, the balconies are now part of the urban architectural design of Malta. In addition to that, the older balconies are also supported by beautifully ornate stone pillars. As you are wandering around Valletta and Mdina, take a closer look at the balconies and try to find some of the more elaborate pillars. 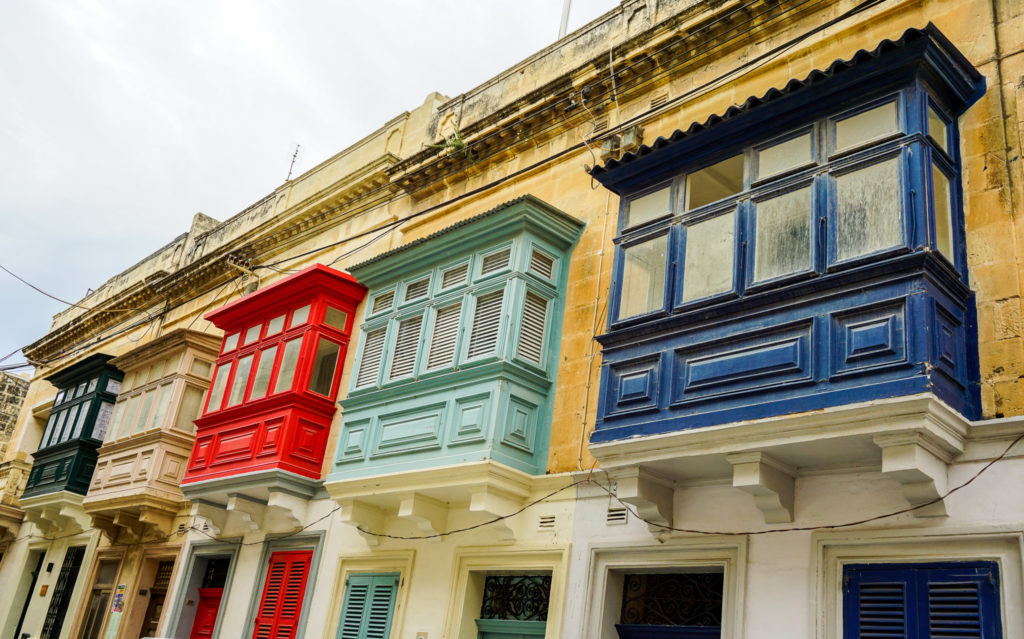 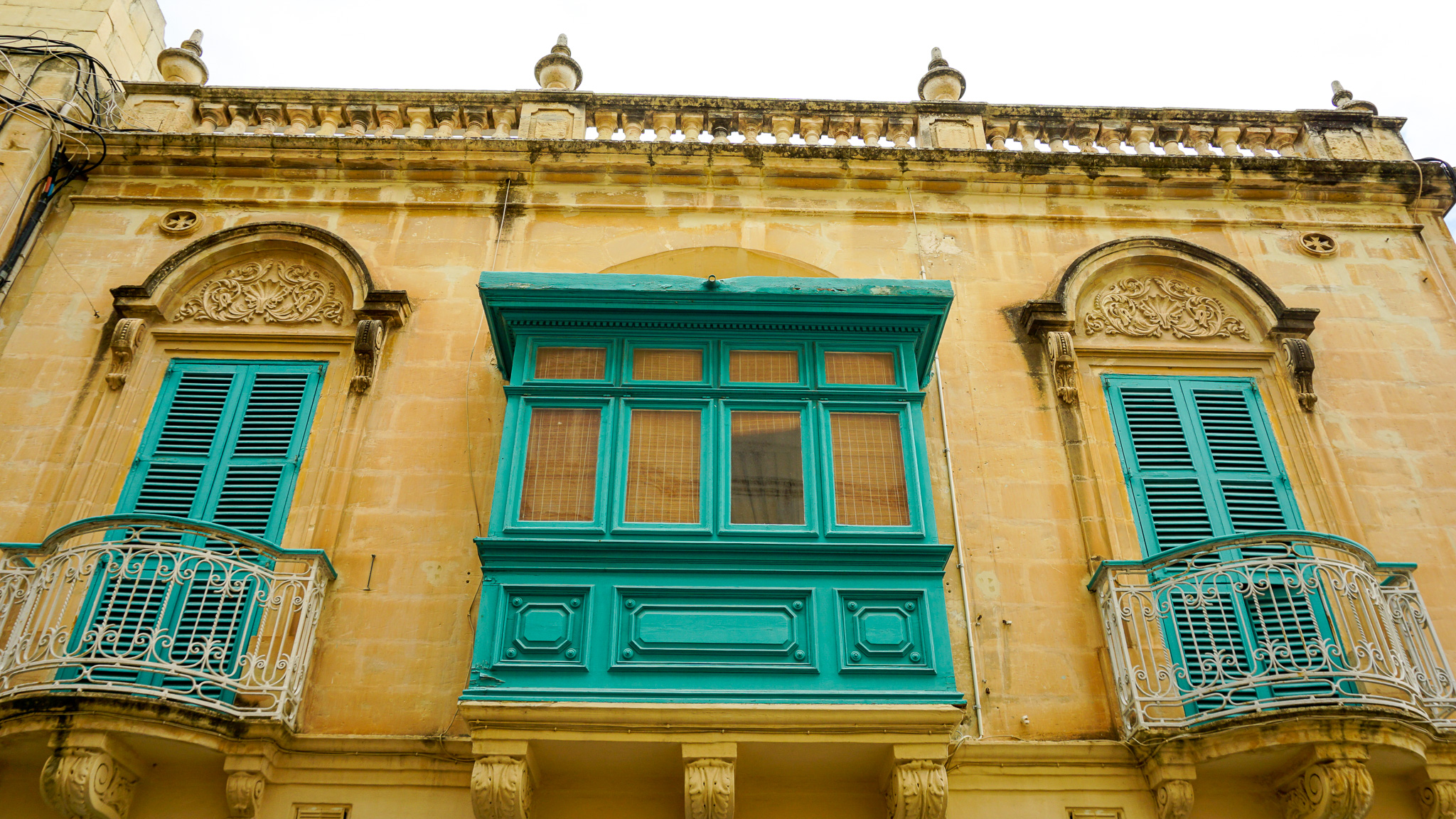 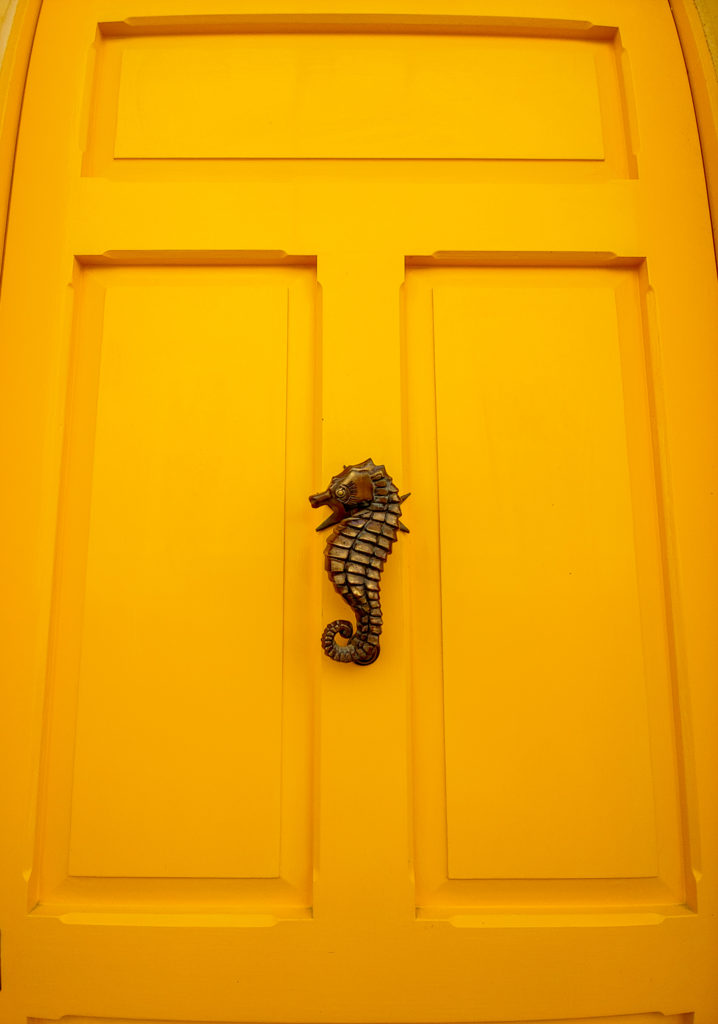 It is not just the Maltese doors and balconies that deserve your attention. The rustic Maltese door knockers are also quite interesting and unique.

It is believed that back in the times before the invention of the door knockers, people used their fingernails to scratch on the doors. During the 16th Century, when the door knockers were first introduced, they quickly became a symbol of the family status. In Malta, wealthier households used to have bigger and more ornate door knockers.

Families were showing their social status through rich and extravagant door knockers. The very simple and plain metal rings, on the other hand, were a symbol of a more modest household.

Malta has kept its unique identity and traditions and the door knockers are still in use nowadays. As you are strolling down the narrow streets of Malta, you will be able to notice various designs. The maritime elements such as seahorses, fish and dolphins are prevalent nowadays, however, the Maltese cross and other animal designs such as the the lion head are also quite popular. 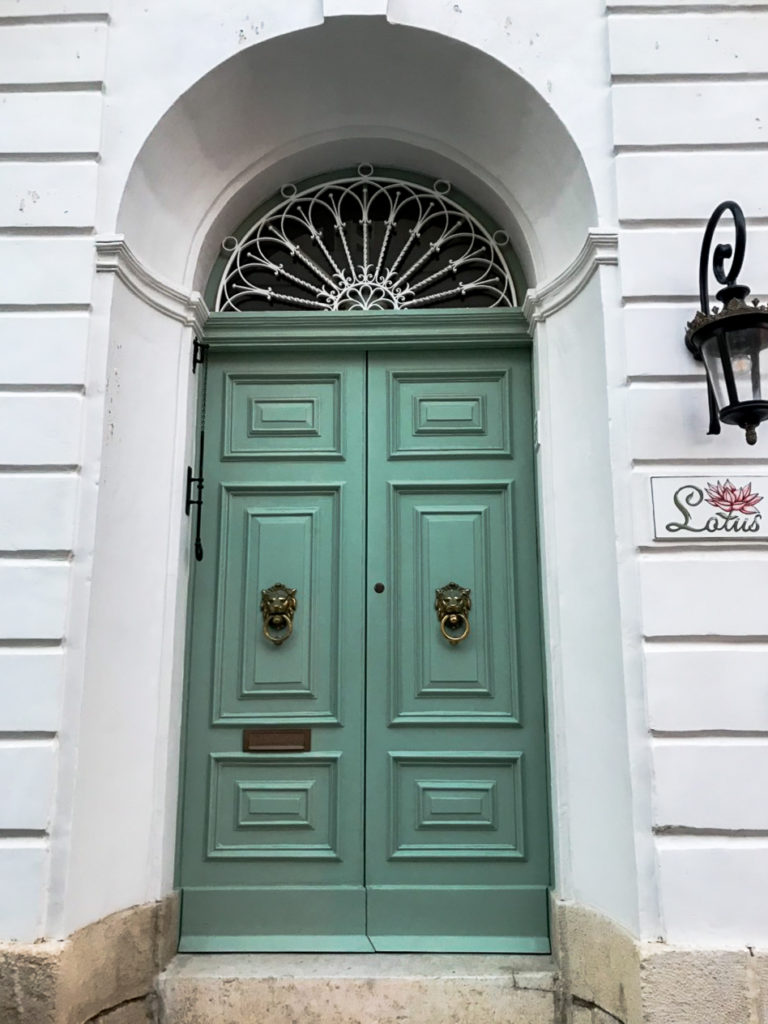 Another unique feature of Maltese houses is their names. In Malta, houses are not only numbered, but majority of them also have their own name. It is quite common for houses to be named after the homeowner. 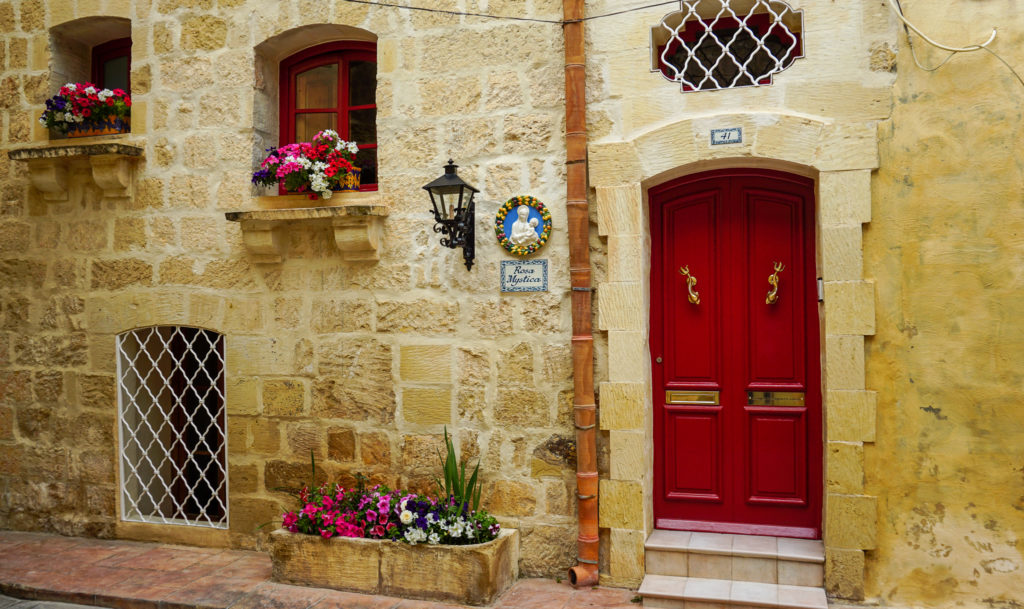 Religion is a very large part of the Maltese history and tradition. There are more than 360 churches and chapels spread across the Maltese archipelago. Households often include small religious plaques presenting a saint or the Madonna and Child. 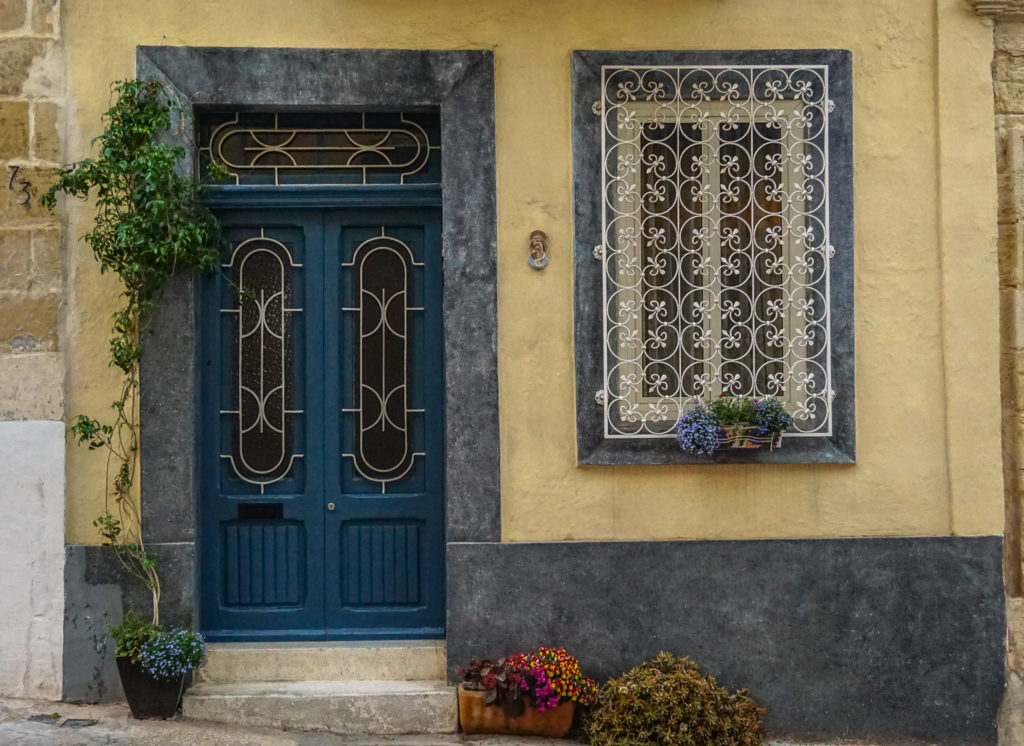 Part of your travel itinerary when visiting the Maltese archipelago, should be just roaming the narrow alleys and enjoying the brightly-coloured doors of Malta. You do not need a map or navigation of the small charming Maltese towns. Just get lost and find the doors of Malta that inspire you!